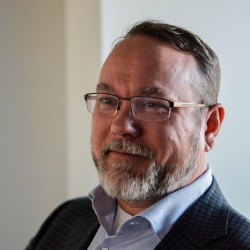 Leadership Lessons from The Art of War, Part 1

More than 2,000 years ago, one of the earliest known and most insightful works on the conduct of war was written in China. Sun Tzu’s The Art of War1 has been studied, translated and commented on ever since by people across cultures and fields including military and other scholars as well as people more interested in business.

Re-reading The Art of War recently, I was struck by how many links there are to the work I’ve been doing to help companies get better results (see “References” below for more information). This is the first of a series of posts on lessons from The Art of War applied to leadership, innovation, and disruption in business. For those who use our products, I’ll point to related Stronger Companies Framework™ (SCF)2 Principles and Superpower Pack™ (SPP) Powers and Superpowers you can use to apply Sun Tzu’s lessons to modern business. Along the way, I’ll be referencing the text and commentaries of The Art of War; see “References” below if you’d like to follow along with the same version I’m using.

At the very beginning of the first chapter “Estimates”, Sun Tzu tells us that given the importance of war and the need to study it we should appraise it according to “The Five Fundamental Factors”, which he lists as:

Moral influence is the quality of leaders that causes people to follow, especially into situations that appear difficult or impossible. This includes the ability to develop and communicate a compelling vision that inspires new people to join, and moves existing members of the team to act. Creating the belief that the big goal is worthy and achievable, future-casting to connect the company’s story to the personal stories of the team, so people imagine telling their story including this big win.

A commentator on the text reminds us:

In happiness at overcoming difficulties, people forget the danger of death. — The Book of Changes (quoted by Chang Yü)

Our stakes in business may not be quite that high, but the importance of overcoming difficulties — of achieving hard-won progress on a worthy goal — is the same.

The Amazon / SCF Principle Think Big is about viewing the present through the lens of the future — projecting, preparing for and creating massive success. This is important for inspiring teams and organizing effectively to achieve big results, and ties in nicely with Sun Tzu’s notion of Moral Influence. The other half, though, is the principle Earn Trust — balancing results and humane treatment of people and requiring others to do the same. It requires clear and effective communication, being principled and following through.

Mastery of thinking big and earning trust will go a long way to establishing your foundational moral influence. If you have Superpower Pack, focus on the Superpowers Vision and Suasion and the four additional Powers of Bravery, Approachability, Courtesy, and Generosity to create balanced moral influence.

Keep an eye out for my next installment, where I’ll explain how Sun Tzu’s concept of Weather teaches us to be prepared, including a lesson I learned from Steve Jobs during my time at Apple.

Looking to build a stronger company? Contact me to start breaking down barriers and work towards achieving your goals.

[2] Stronger Companies Framework (SCF) is the only systems-based framework for helping leaders solve their toughest problems — it takes Amazon’s 14 Leadership Principles as a leaping-off point and goes much further in specific guidance for practical application.

[3] Superpower Pack™ (SPP) gives executives and other leaders a language, structure, and tool for improving effectiveness across functions and levels. I developed these tools to help navigate my advisory clients through the practical application of lessons I learned while leading teams in high stakes technology transformations at Amazon, Apple and elsewhere.

« Building a Stronger Company: How and Where to Start Superpower Pack Exceeds Expectations for Latchel Employees »